The Masculine has forgotten how to hold and make love to the Feminine in the heart of her home.

He has forgotten their meeting place in the depths of her nebulous world in the cavernous core of her temple.

Alone and abandoned she calls out to him from this space.

All the while he comes knocking the door of her sacred temple, desiring, needing, expecting to be always welcomed and received.

Yet rarely does he ever glimpse the true heart and depths of her needs found deep within.

The remembrance of this deeper union whispers to his soul, beckons him from within. He can feel it’s magnetic pull… and yet he has forgotten the safety and nourishment found within.

He has been convinced that the darkness of the nebulous inner feminine realm is dangerous and threaten to destroy him.

In her longing to be touched, felt, held more deeply by him, she will open the doors to her temple to receive him again and again, longing for him to venture deeper into these halls

Yet rarely will he venture from the doorway.

Eventually her beloved will find the doors to her sacred temple locked and closed to him.

Not because she no longer yearns for him, to receive him and be touched by him.

But because he has forgotten their meeting place, deep within the labyrinth halls of her home.

Because she can no longer stand the yearning and longing for needs unmet.

Her beloved has forgotten that her needs in union differ greatly from his own, and she’s been left feeling used and exploited.

Her beloved feels rejected and abandoned at the closing of her doors. He does not understand why she will not receive him.

He does not understand why she beckons him deeper into this dark and dangerous labyrinth that threatens to destroy him and his freedom.

This hurt and misunderstanding breeds feelings of manipulation and betrayal.

Actions are born that further feed the pain and separation caused by this shallow understanding and connection.

In an attempt to close the void growing between herself and her beloved, the feminine closes the doors to her heart while leaving the door to her sacred temple open.

She numbs herself against the needs and yearnings of her soul to receive the masculine at the only level he remembers to meet her.

This shallow meeting is full of deeper longing, laced with a starved affection and diluted gratification.

The feminine does not feel safe and has indeed forgotten how to fully open. She feels insecure in her expression and weak in her receptivity of the masculine.

The masculine feels a part of his beloved that has been withheld from him and deems her devious and cold.

But in their yearning and desire to once again return to the union of their soul’s remembrance, this wounded attempt to connect continues on.

It is not until the masculine remembers the safety, love and nourishment of the sacred union that await him deep in the depths of the feminine darkness…

Not until the feminine remembers how to honor her own needs, guard the doors of her sacred temple and open her heart once again…

That they can once again reach the Eden garden birthed from the depths of their sacred union, rich with juicy ripe fruit, dripping with honeyed nectar and full of the light unconditional love. 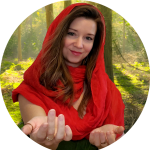 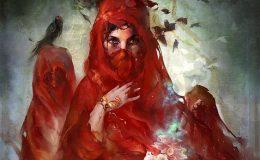 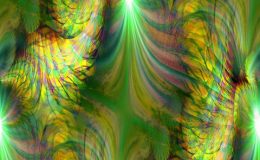 WHY Do We Still Feel So Disempowered Despite Years of Inner Work?!

The Practice Of Inviting Your Feelings In 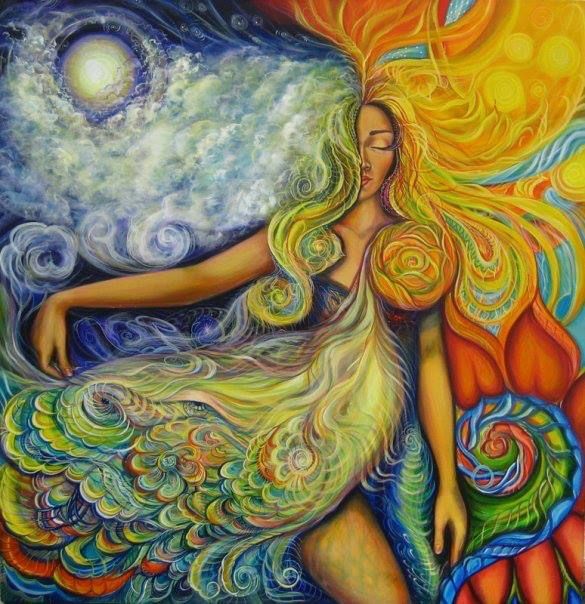 Seeing the Opportunity in the Struggle